This recipe is really something different. Potato rosti with salmon and labneh is an example of a successful fusion dish. This is what it means to combine different food cultures and culinary arts. Some call it a crossover kitchen. This time, we paired potato rosti from southern Germany with salmon from the north and then labneh, a Lebanese cream cheese. And as if all that wasn’t enough, red onions and small caps are added, which is reminiscent of Sicily or southern Italy.

In the end, though, it doesn’t really matter where the potato rosti with salmon and labneh comes from, because the taste is always important in the eating circle. And this is guaranteed not to be ignored here. I can eat this dish at any time of the day. It doesn’t matter if it’s for breakfast, lunch or dinner. The dish works as a finger food for a party or buffet. A true all-rounder that you should have on your radar.

These recipes always work and will always put a culinary smile on other people’s lips:

Maybe you want to go a step further and pick your own salmon? I recommend it only because it takes the whole dish to a new aroma. Here is the perfect recipe for your homemade gravlax. 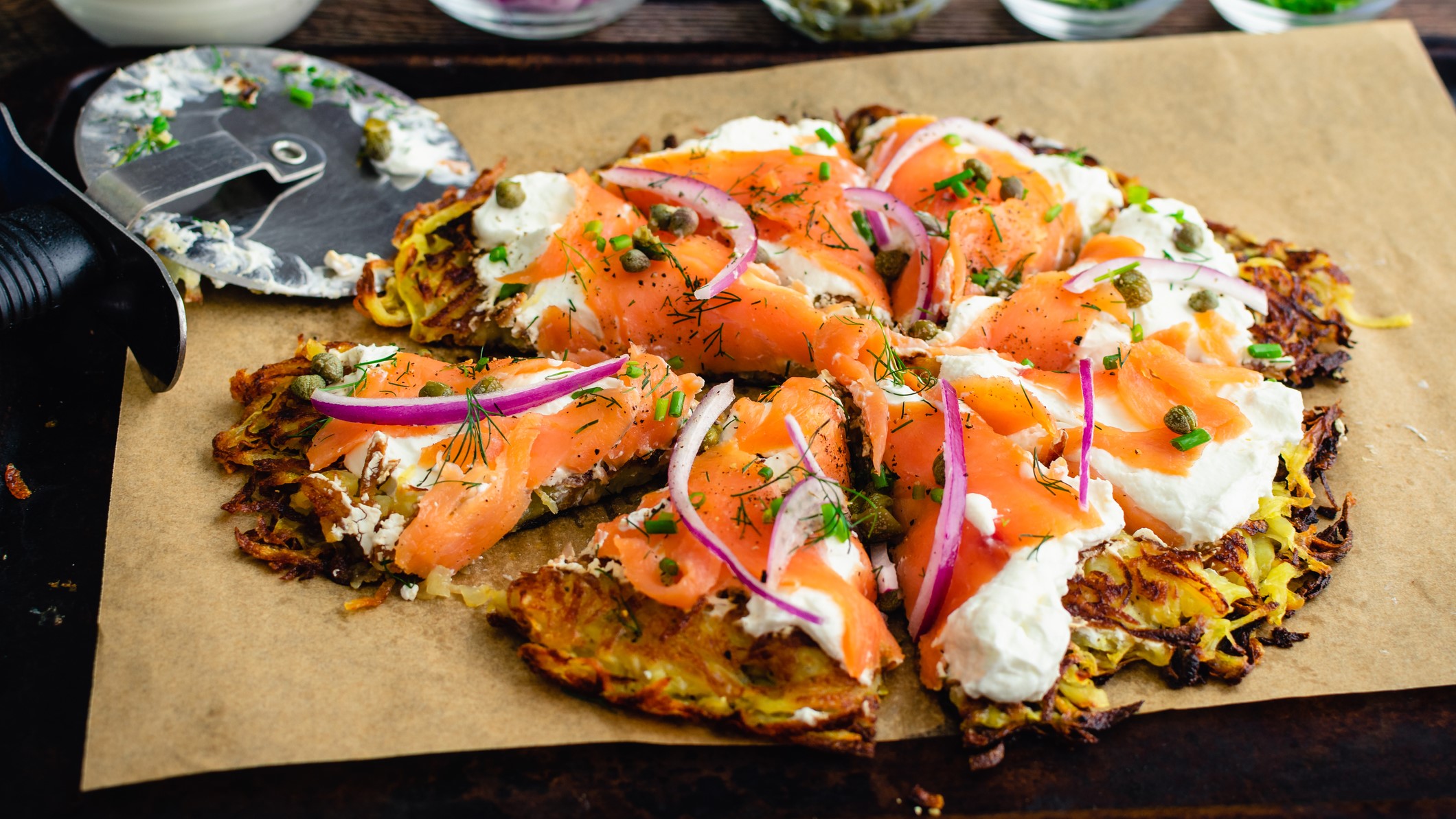